Displaying the Android screen on a computer is usually done for application demos, I need it to make a tutorial.

Then come back and go back to Settings, already active Developer optons menu. I am using Redmi Note 8 with Android 9 (MIUI 11), the menu Developer options is located at Settings -> Additional settings.

Install adb and fastboot on Ubuntu 20.04.

The next step is to connect your Android phone to Ubuntu using a USB cable.

After that run scrcpy through the terminal.

If successful, the scrcpy application window will open and display the Android screen.

Displaying the Android screen on Ubuntu can also be connected via a wireless network connection. Connect the USB cable first, then run the command adb.

After that unplug the USB cable, then run adb again to connect via the IP address of the Android phone.

After that, run scrcpy again. The Android phone screen has appeared on Ubuntu via a wireless network.

scrcpy can display multiple Android phone screens at once.

Example of the results of the above command.

Then run scrcpy followed by the serial number of the device.

Displays the screen of the Android phone connected with a USB cable.

Displays the screen of an Android phone connected to a wireless network.

scrcpy supports a feature to record the screen and save it in mp4 or mkv format.

I am a Linux System Administrator and also write many tutorials about Linux, Cloud, and Open Source. Hire me via email hai[at]musaamin.web.id.
Website Twitter Facebook Linked In 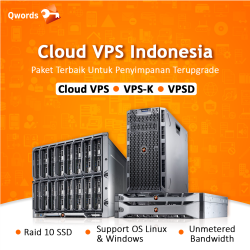